Buoyage Navigation is fairly straight forward, with buoys and day beacons being characteristically marked with yellow squares and triangles. Depths The proverbial fly in the ointment!

Schedule Restrictions VHF 0. Other times on demand. On demand at all other times. During the Atlantic City Airshow the draw will open every 2 hours on the hour from and need not open from From , the draw shall open on signal from 20 to 30 minutes after each hour. Opening of the draw may be delayed for RR traffic 13 From the bridge need not open.

Rich Carriero Pro After a pretty strong start, we eventually had to grind our way through the last few miles to our first real destination of the day: We rolled up at 1: Then we ate at their food truck, took the tour, did our tasting, and hit the gift shop. Refreshed, we rolled out again at 3: We were easily hitting 16 mph just spinning and soft-pedaling, let alone cranking hard. The smelly farm was still smelly, but at speed we were near it much less time. Then we peeled off to the southeast to find the brewpub and to eat an early dinner.

Not before I managed to leave a water bottle behind, I think at a deli; oops. There are two paths that connect through it; we went with the option that skirts the shores of a lake. That path was stone dust, but was perfectly road-bikeable, and connected to paved paths after a bit over two miles. 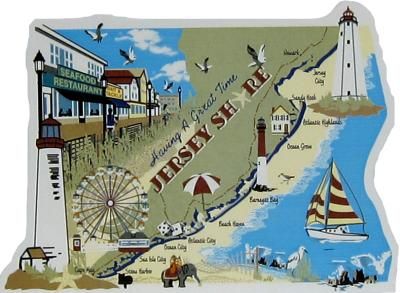 Finally we got back to the Lewes shoreline, passing the ferry terminal again. We got back to the inn for full check-in a little before sunset, and collapsed onto the bed a for a good spell after. We did step out for some takeaway pizza after a decent rest, though.

We spotted this at the pizza place:. Before lights-out, we took a look at the forecast, which naturally predicted the wind would swing around and be coming at us from Ocean City all day the next day. Total distance on the day: It went from slight to moderate just as we finished checking out. Then we went up, but stayed on the enclosed mid-deck of the boat, out of the rain. We ate a little more; Ting napped a bit; I read and had Duolingo teach me some German.


Once the boat docked and the middle row of cars debarked we went down to the bikes and found that they were soaked, especially towards the front! Yeah, it turns out that the overhanging mid-deck did not provide the same shelter on a moving boat as a stationary one. Into a headwind, no less. Though truth be told, we were about to light out into the rain anyway; the bikes just got wet a bit ahead of schedule.

We dithered at Cape May side ferry for a little bit then got underway again, still in light-to-moderate rain. We stayed on the north side of the Cape May canal, which brought us into some new territory and, indeed, past the mouth of the junction where the Garden State Parkway ends at its famous Exit 0. Well, famous is probably an overstatement, but a few businesses in that part of Cape May included Exit 0 in their name.

That, and wanting our return route to be slightly different from our outbound route, prompted us to stay on streets a bit further inland rather than right on the water and on boardwalks. This worked out very nicely; the islands and connections between are all simple enough that we never get lost, or lost our sense of where we were. The inland roads were also, generally, smoother than parallel roads closer to shore. We did walk our bikes on the metal-deck portions of the first couple of bridges to cross, worrying that they would be treacherous in the rain, but that was the only real complication added by the wet.

By Wildwood Crest or so the rain had actually petered out. Our inland route in the Wildwoods was Pacific Avenue, which turned out to be the main commercial drag in the Wildwoods. The local bike shop was actually open!

We stopped there quickly to address my lack-of-water-bottle situation. We started looking for lunch around Stone Harbor.

This is the route that leads across bridges back to the mainland, which is where the real town crossroads on the shore tended to be. After that, it was just a question of putting in the remaining miles. The bridges ahead had dried enough that we rode the metal-deck portions without taking excessive precautions. This would have been an extra 12 blocks of riding round-trip. I assented without much deliberation, and then we were done! Also, a further shout-out to Ting: This is a valuable life skill.